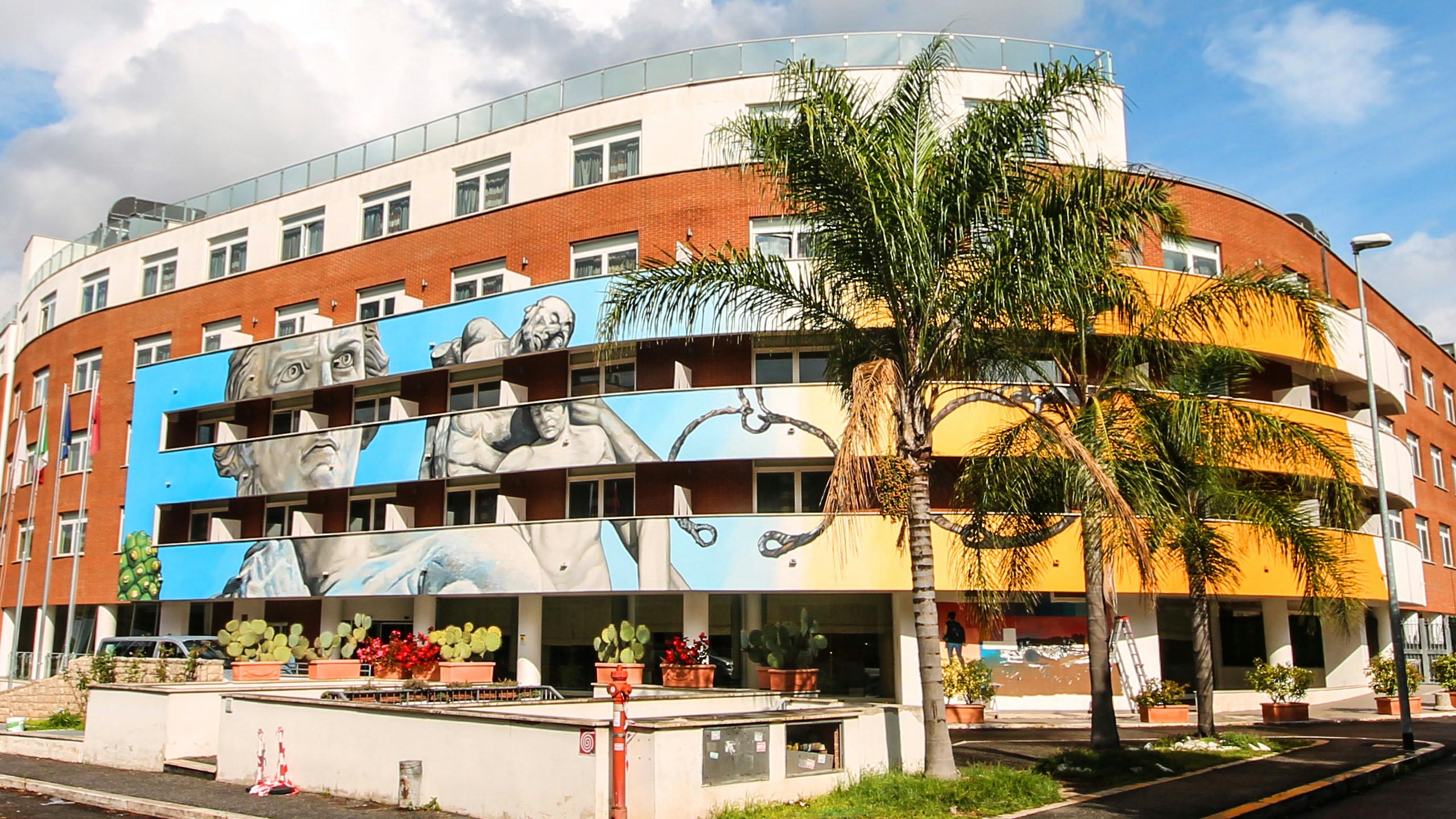 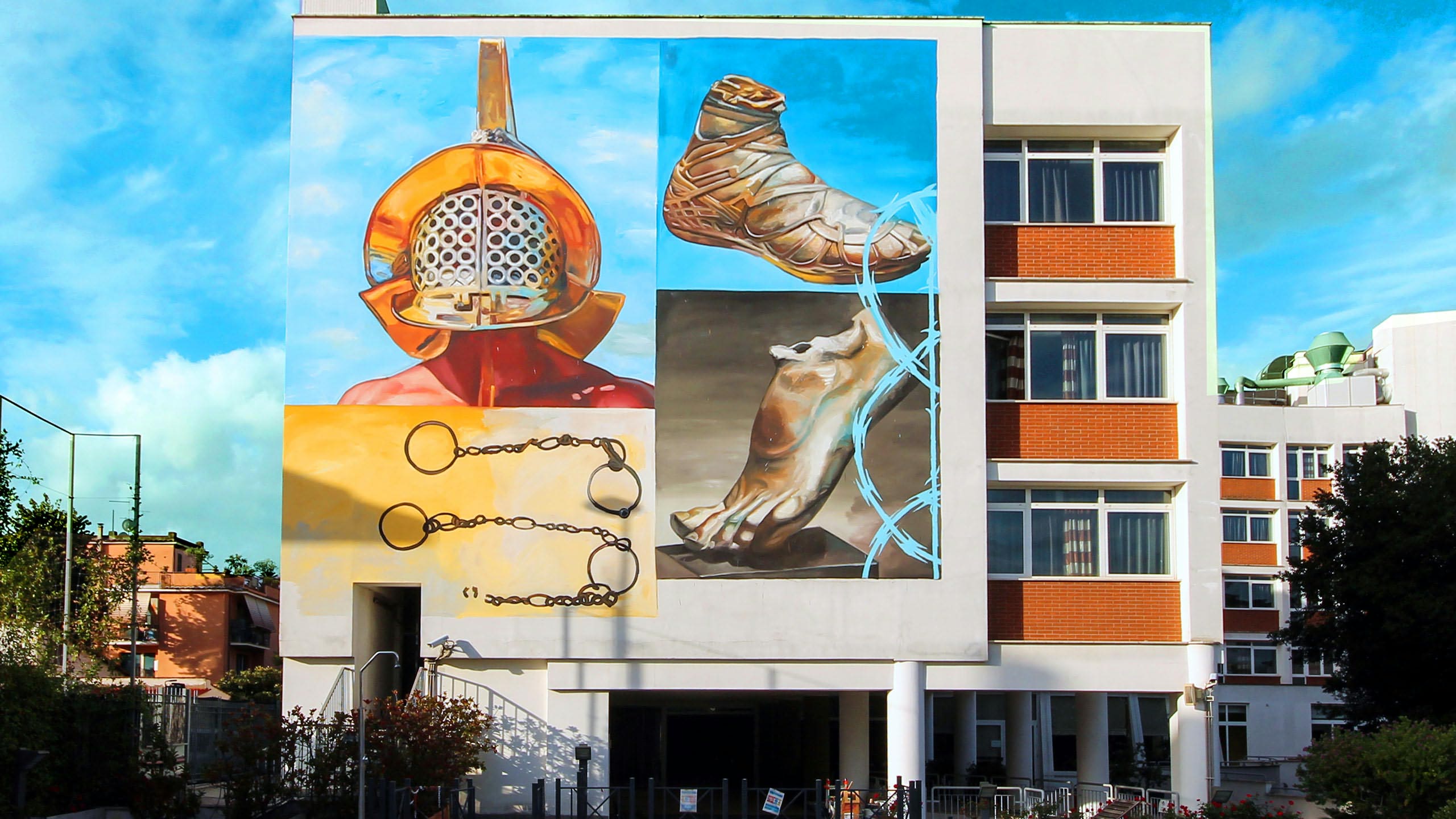 The street art of Andrew Pisacane arrives at the Hotel Capannelle

Mobility is the work of art commissioned by the new Hotel chain Reginal Hotels, whose Hotels are about to become unique places of inspiration through a transformation process infused with the spirit of our times. Reginal Hotels is in fact the first company who commissions a monumental work of art that includes their entire structures. Andrew Pisacane, a US urban street artist, considered a real master of American street art painting, realized the work of art on the surface of Hotel Capannelle. The artist, aka Gaia, was described by the magazine Forbes “one of the most influent American artists of our age”.

The character everyone recognizes in the great fresco painted on the main façade of the Hotel was crucified on the Ancient Appian Way and is considered a symbol for the fight for freedom.

This man is Spartacus. He is depicted in two marble groups: the first one celebrates the partiality, while the second one represents the descent form the cross. Open chains as eternal symbols of freedom (and mobility). In the great painting on the East wall, Spartacus wears the unmistakable Thracian helmet and there are two feet which show us the first and the second thing that probably touched the Appian Way, a bare foot and a foot in a Roman sandal (footwear which increases mobility!). On the West wall, a man from behind gazes at the blue sky, while a picture with the background of the Roman ruins is deprived of its main character (W. Goethe) and the unfinished sculpted head of Appius Claudius watches over the ruins of his Aqueduct, a marvel of engineering so well accomplished that is still standing.
Hotel Capannelle boasts a record, it is the first Hotel in the world to be an open-air gallery of art that wants to inspire the inhabitants of this area and the guests it hosts “to mobility, freedom and happiness”. 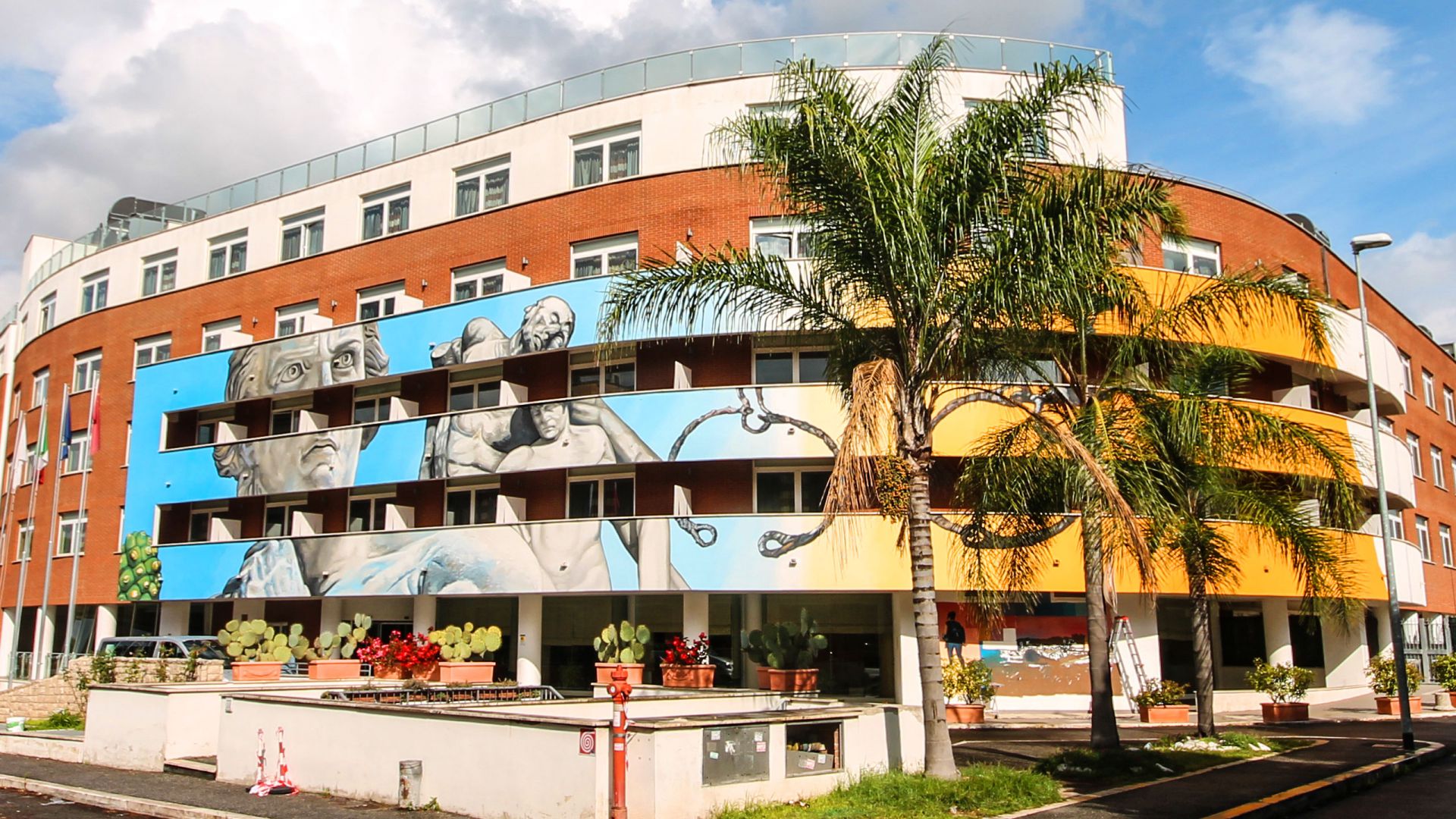 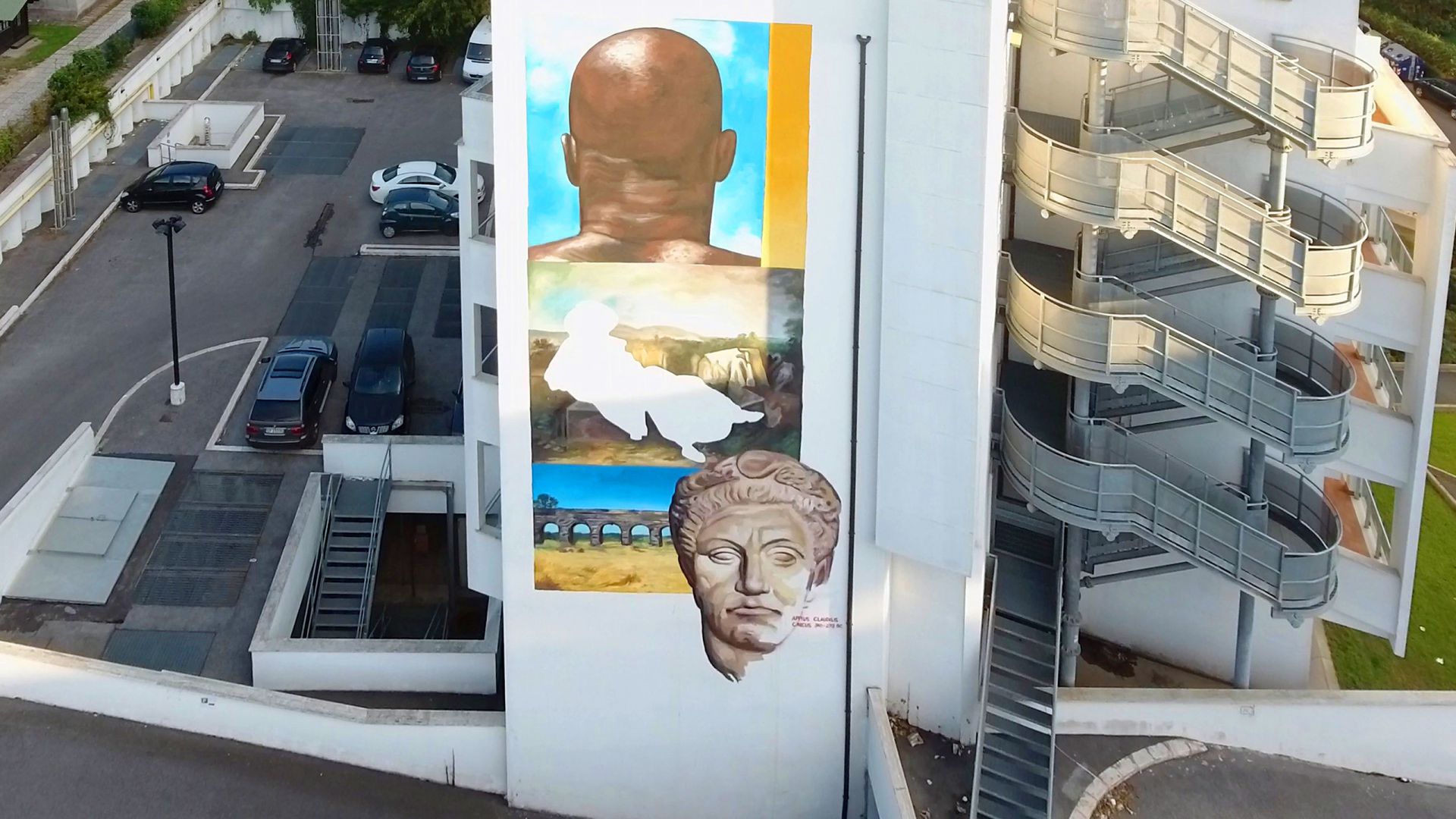 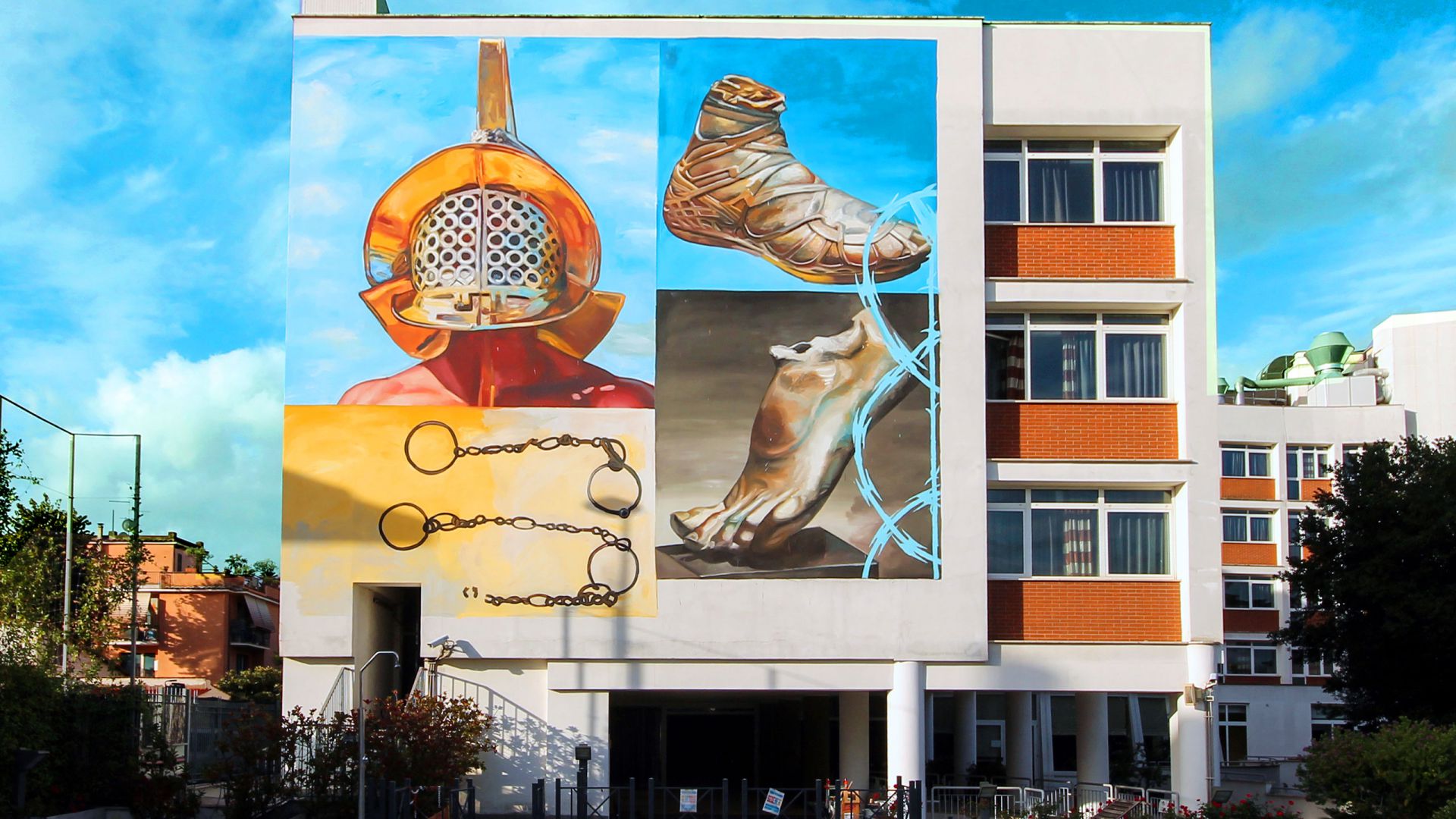 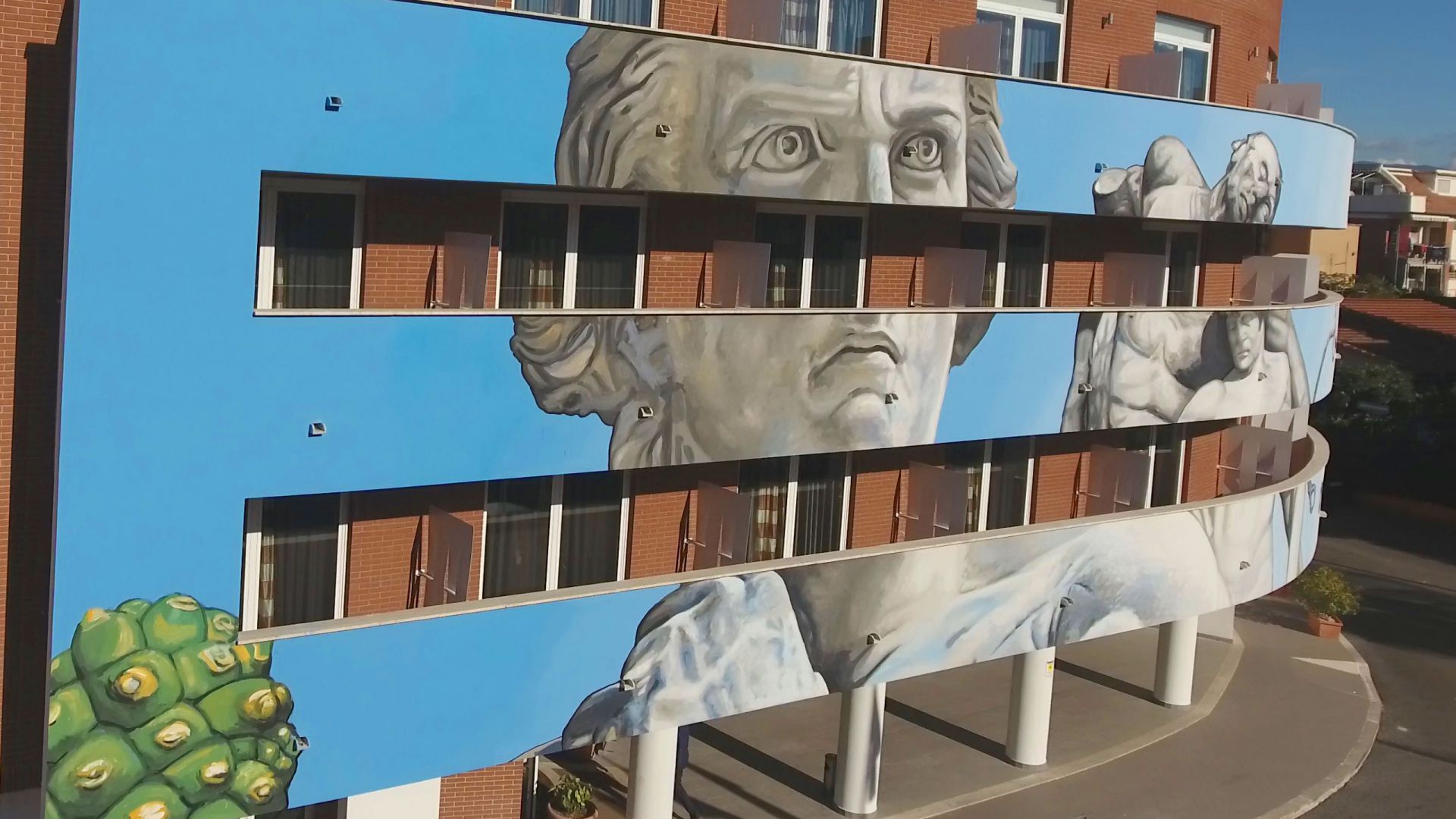 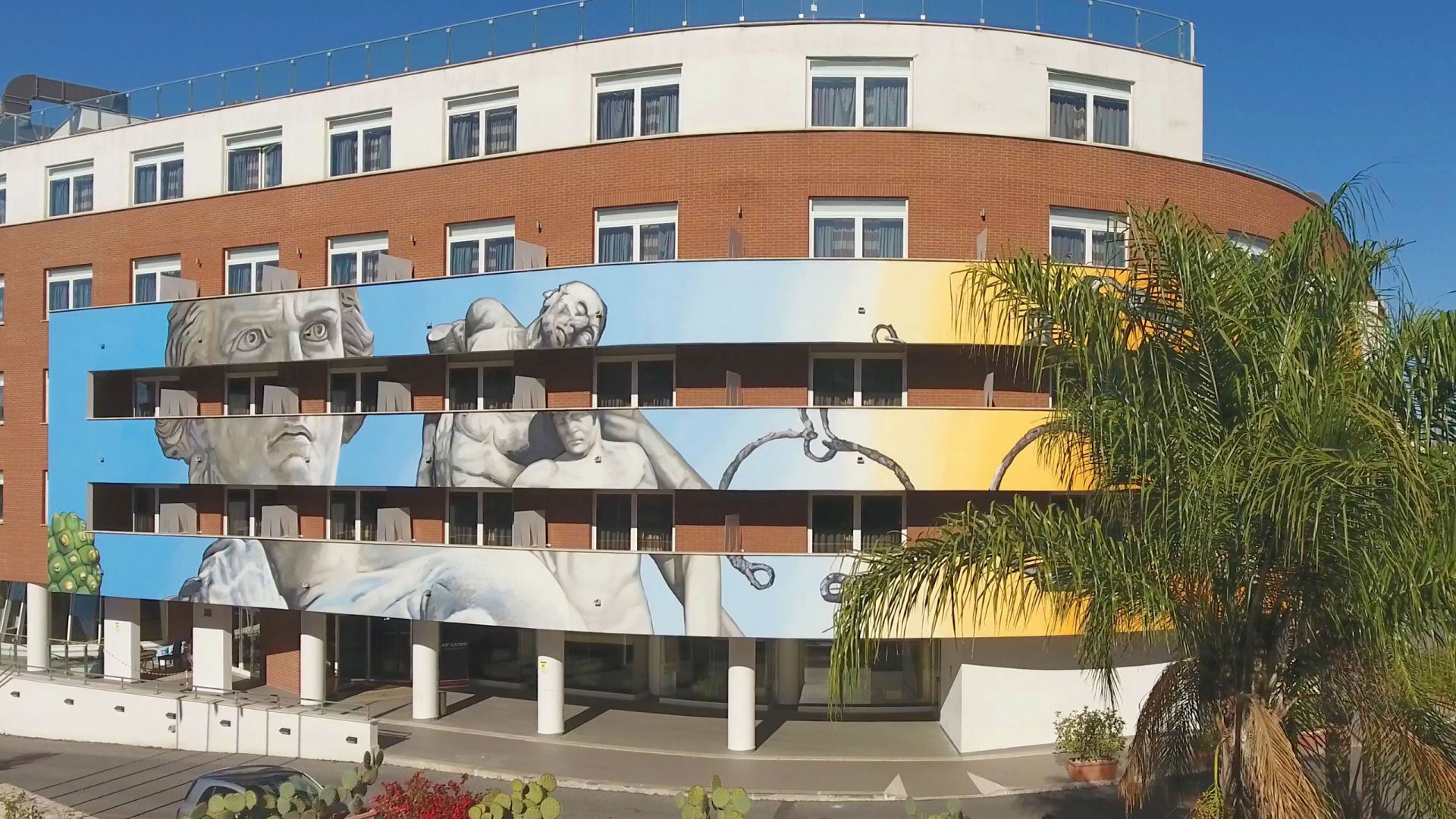 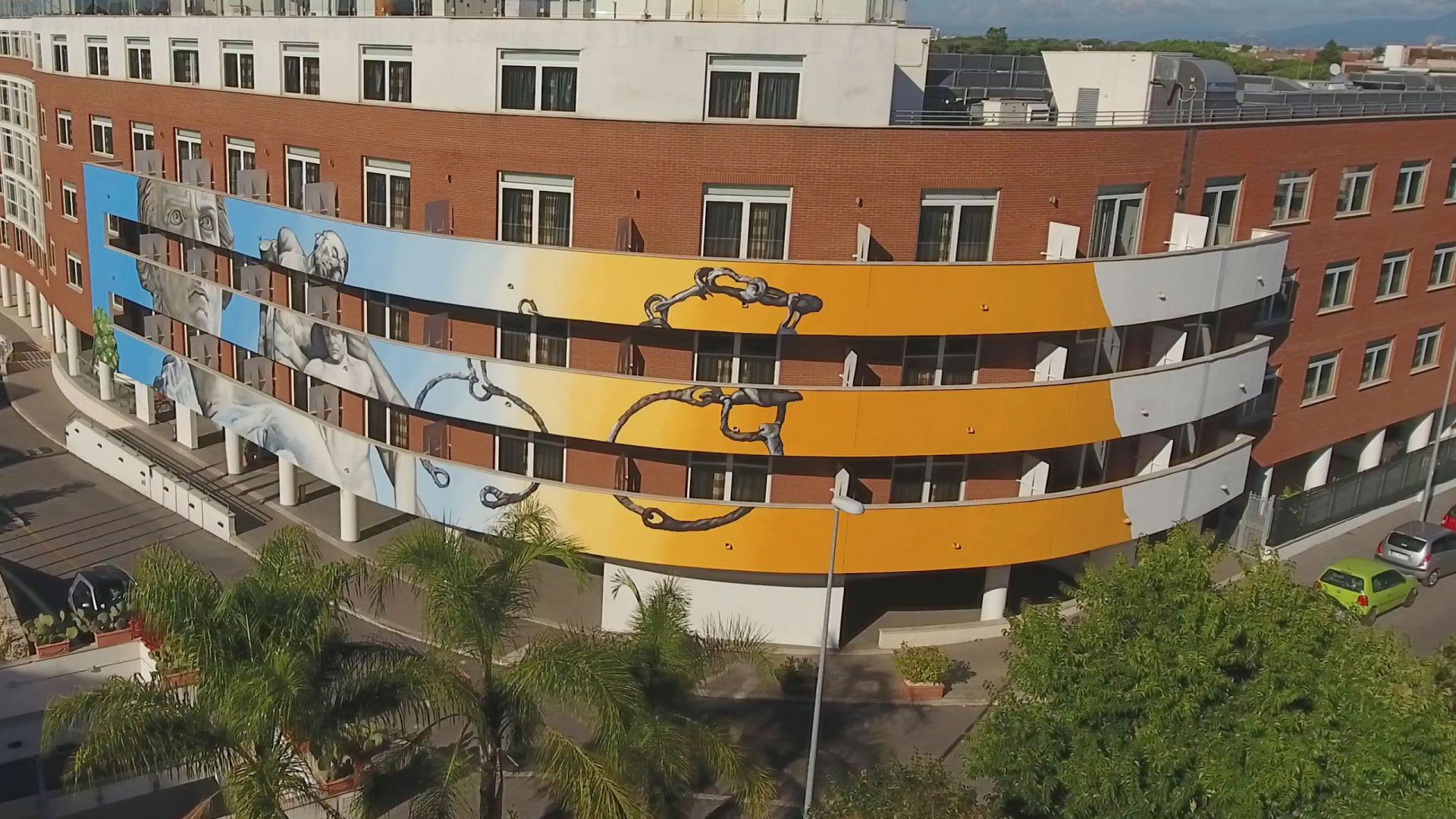